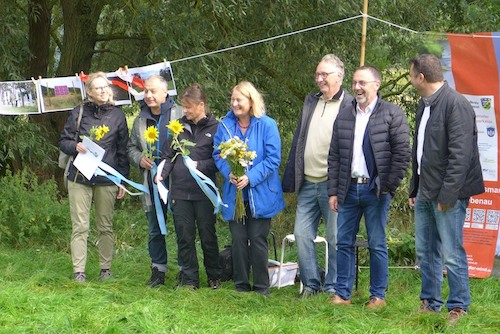 Walking in the footsteps of art

Forty-five art objects which, in interaction with the wind, create new perspectives on the landscape - and at the same time stimulate further thinking around the theme of "Change?!" - change: The 10th International Wind Art Competition "bewegter wind" has attracted several thousand art and nature lovers from near and far to Hofgeismar and Liebenau. On Sunday, 29 August 2021, the popular outdoor festival came to an end with the award ceremony for five outstanding works of art. In addition to wind art installations, nine videos and performances were shown. At the end of the successful art festival, curator Reta Reinl drew a positive conclusion: "For two weeks, forty-five artists* from all over the world showed their works on the Kramberg and in the Diemel Valley and thus initiated an exciting dialogue on climate change. We are very happy about the great response - not only from visitors, but also from participating artists and all supporters. We would like to express our sincere thanks for this."

Another whole weekend of wind art awaits us. Even the weather shows us change from all sides.
Every day there are new things and many aspects to discover in the changing light in the exhibition in the landscapes.

If you want to know more about the exhibits and the artists' ideas, you can also register by email at short notice for a guided tour of the exhibition on Sat. 28.8.21.
Meeting point at 2 p.m. at the Diemel bridge near Liebenau-Ostheim and at approx. 3.40 p.m. at the Kramberg car park near Hofgeismar.
On Sunday, 29.8.21 at the award ceremony it will be exciting. At 5 pm at the Diemelbrücke the winners of the 10th Wind Art Festival will be announced. Which work of art impressed you the most?
Which idea for change?! moved you?

If you would like to see a few impressions in advance, you can do so at the slide show on the preview/supporter tour and at "alle Wetter!" hr-Fernsehen (from minute 7)
Here you can find artist information and hiking tips.

See you soon on the Diemel or the Kramberg? We would be delighted.

The 10th wind art festival "bewegter wind" will take place from 15-29.8.2021 in Hofgeismar and Liebenau in the Reinhardswald Nature Park on the theme of change?!

Thanks to our sponsors, this exhibition is "free and outside" and will find a wide audience. Many thanks for the support to Landkreis Kassel // Stadt Hofgeismar // Stadt Liebenau // Naturpark Reinhardswald // Sparkasse Kassel // ART regio -Sparkassenversicherung // Volksbank Kassel-Göttingen // EAM // AGiL // Bundesverband Windenergie (Hessen) // Hessisches Ministerium für Wissenschaft und Kunst and all supporters.

Here are photos of the preview and exhibition tour. 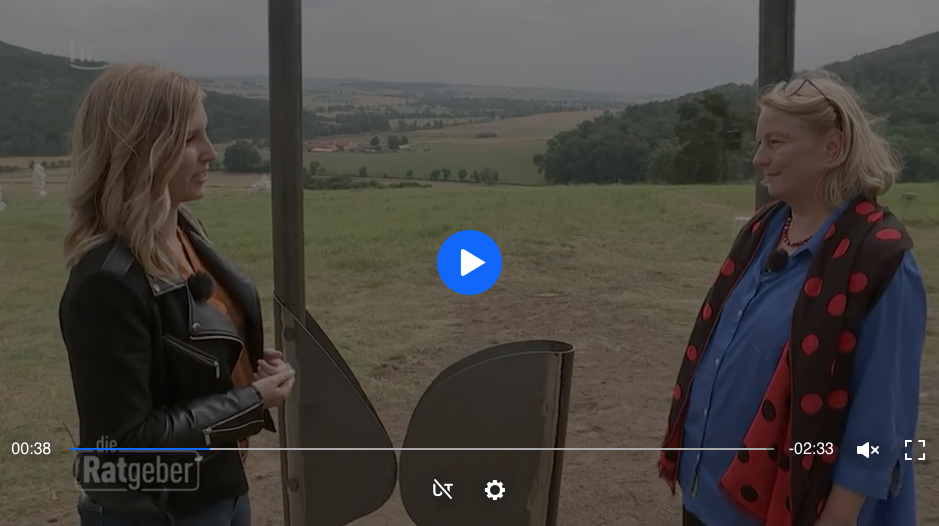 Gone with the Wind: Art Festival with a Message in Hessian Nature

"moved wind", the 10th International Wind Art Festival, presents unusual works of art, video installations and actions in the wind and on the ground - in the middle of great scenic backdrops at exhibition venues in Hofgeismar and Liebenau. This year's theme "Change" takes up the problem of climate change. Organiser Reta Reinl reveals the special features and challenges of this extraordinary art festival to advice reporter Kate Menzyk in Hofgeismar."

just now the successful opening was held with many artists present and already the wind art festival continues:
The exhibition is really different every day and in every weather. It is worth visiting several times.
The video contributions are shown in the public library Hofgeismar and online.
On Saturday the August 21st and on Saturday August 28th there will be guided tours of the exhibition starting at 2 p.m. at the Diemelbrücke, for which registration by email is required.
The hiking portal dalang-wandern.de has worked out a hiking route between the exhibition sites.
On Sunday, August 22nd there will be a kite performance by Ton Ostveen from Belgium in the afternoon between 2 and 4 pm.
Here you can get a first cinematic impression at Hessisches Fernsehen.
We are looking forward to seeing you! 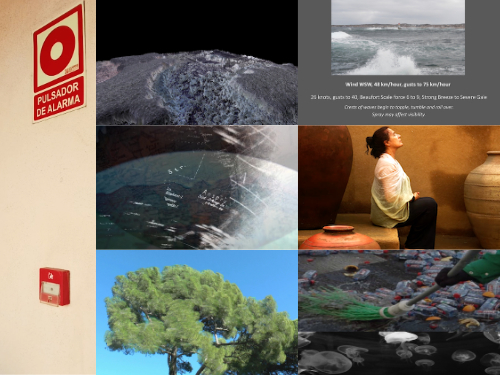 You can also find the videos here on the site under: