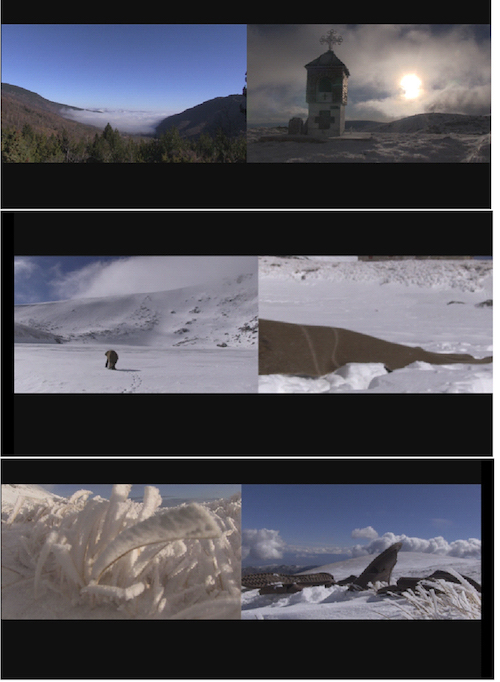 The work of the artist Irena Paskali moves in the field of tension between freedom and limitation: In her video double projection she deals with the political question of global migration - and shows a filmic stocktaking of the EU border situation of her home country Macedonia.

The cloud is a symbol of freedom and boundlessness: with floating lightness it overcomes all man-made borders, while fleeing people are suddenly stopped. The significance of the cloud - cloud - as a store of knowledge also plays a role: the collection of data on migration movements serves the political goal of restricting them as far as possible. With impressive and touching landscape and sound recordings, the video work by Irena Paskali conveys the threatening and fictional nature of a border situation in 2017/18.